What is a War Room? 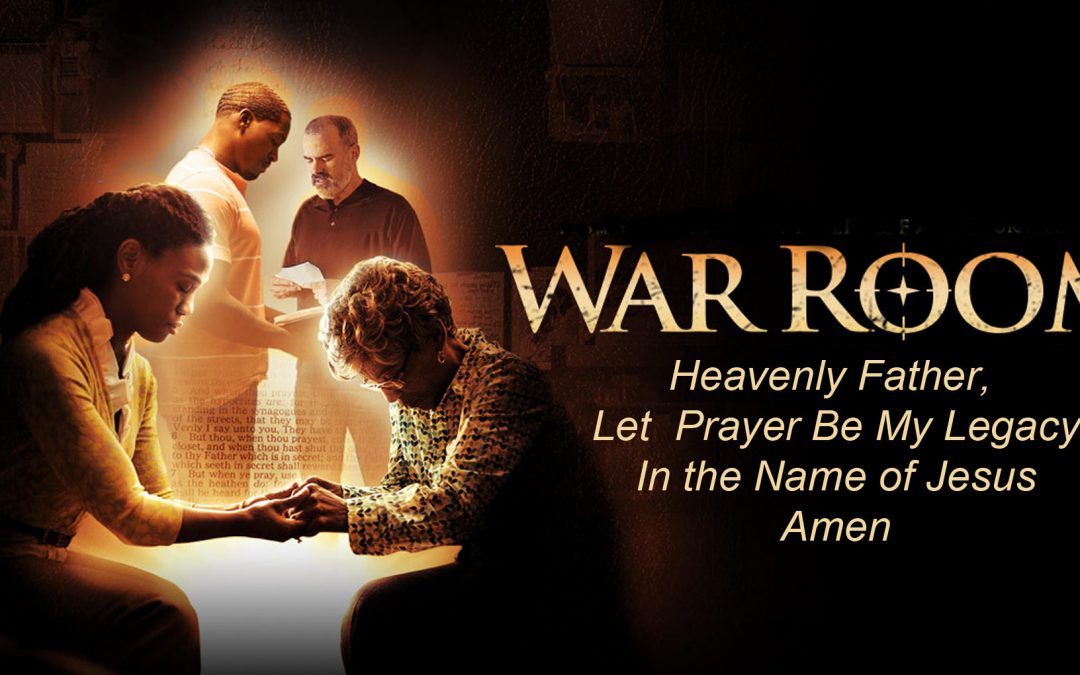 What is a War Room?

A true Christian will have a prayer life. More over, that true Christian’s prayer life will be well organized and methodical in its approach to prayer. Todays church has been divided from within. There are over 4,500 denominations in the world today. Divide and conquer has been satan’s battle plan from the beginning. He first used it on Adam and Eve. It is the first strategy taught in all war colleges. The result of 6,000 years of divide and conquer has resulted in a lukewarm church of today. But, all is not lost!

You see, to make lukewarm water, you need hot and cold water. To make a lukewarm church, you need Christians that are on fire for YHWH and you need walking dead ones like zombies. Mix them together and you get a lukewarm church. God said there would be tares among the wheat (Mat 13:25-26).  There are two groups of Christians described in scripture. First, you have the Enlightened Ones (zombies) described in Hebrews 6:4 and then you have the Remnant (hot ones) that are mentioned throughout the Bible. Satan has conquered the Enlighted Ones, but not the Remnant (hot ones).

Lockdown Warriors .com  was created for those in the Remnant group who, for various reasons, cannot get out and spread the Gospel and for those looking to add another weapon to their arsenal. If you are a serious student of prophecy, you know that there is a war between YHWH and satan and that war is being fought here on earth. Moreover, you know this war started with Adam and Eve and continues to this very day. In fact, you are the latest casualty, as your lock down has limited your ability to obey The Great Commission. To the contrary, you may have lost a battle, but your still in the war and this ministry can help you get back in the fight. Your perseverance feeds your endurance and you are about to turn the tide on satan. Zombies can be healed just as the lost can be found. Praise YHWH!

So welcome to your new battle plan. Here you will find two weapons.

Have you ever seen the movie “War Room” or read the book “War Room’? I highly recommend both. The movie is like a football team speech in the locker room just before a game. It not only teaches you about the War Room, it pumps you up for the battle.

You can set up a War Room in a closet like Miss Clara did in the movie or you can create a War Room Manual like I did; even better, a combination of both. I live most of my time in my 5th wheel RV, so I don’t have a dedicated closet, but I do have a portable War Manual.

Scripture Images are simple images with a message. Kind of like a one line sermon. Long drawn out messages are boring and often meet with a frown and rolling eyes. But, an image is quick and to the point. Just like the old saying, “a picture is worth a thousand words”. And, we have YHWH’s promise that His words never return void. That is why this ministry works. There is more, but you get the idea. Check out our Scripture Images and do it often cause I add to it daily.

Scripture Images are like arrows are to a bow. And just like a bow and arrow used in war, they should be bathed in prayer before the arrow is loaded and the string pulled back. A War Room is akin to the General’s bunker with map of the terrain (our drifting loved ones) and where He gets his battle strategy from Elohim; He is the General! I could write pages on this subject, but you all know the drill. Satan will fight you every step of the way through interruptions, delays, strife, deception and wolfs in sheep’s clothing. The zombies are no threat to his kingdom, but you are and he will fight you to the end.

After prayer, you simply load your arrow (scripture image) in the bow (iPhone) aim (share) and fire (press the little arrow to send the text message). It is so easy it was first thought of by a caveman way back in history and today by an old man with limited mobility who wishes to use and share the gifts YHWH has given him. So, are you smatter than a caveman?